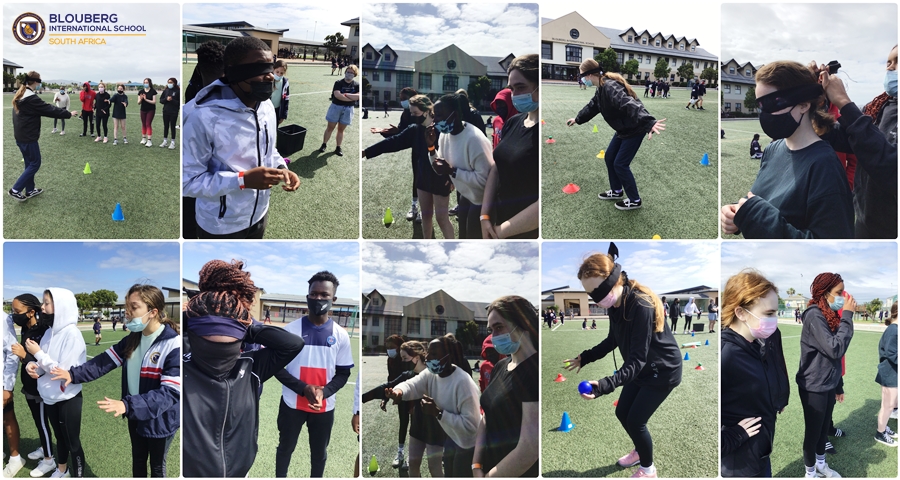 On the 7th and 8th of October, instead of the usual Year 11 annual leadership camp, we participated in an inting hosted on the school grounds.  This forged a space for us to develop our team building and leadership skills, and it also unified us as a year group.

Camp instructors came from their stomping grounds at High Africa Adventure Centre, bringing along with them several pieces of equipment for interactive and physically challenging activities. These not only tested our physical abilities and how we navigated around the capabilities of our fellow classmates, but also quickly revealed just how limited our patience is!

For both days, we were spilt into two teams, the members changing slightly each day. This illuminated the strengths and weaknesses each person brought to the team dynamic, and how they could be utilised to ultimately bring the teams to victory. At the end of each day, a winning team, as well as an outstanding leader and camper were chosen. Through games such as “red light, green light”’ with a teddy bear (this stirred an uproar of frustration!), as well as “pool noodle hockey” and a spin on the popular “musical chairs” game, we were able to establish and nurture new ways of communication.

There was an abundance of mind-bending tasks that tested our trust in each other’s abilities, as well as in ourselves. The skill to integrate oneself into team environments was introduced to us, driven by games that included illustrating a story out of a random assortment of picture cards and constructing a sailboat out of geometric wooden pieces. Whether we were human chess pieces or building strange structures with melting marshmallows and brittle spaghetti straws, one thing was for certain: we couldn’t have grown closer as a class after that week.

Yes, we embarked on this inting with the intention of becoming confident leaders, a goal we certainly achieved! However, we also came out as stronger teammates and more self-assured individuals. Communication and trust were qualities that we learned are vital to becoming a valuable team member; also, the skill to be able to listen and follow, as well as to lead. But most importantly, I believe we were reminded of how our individual uniqueness and defining qualities can be used to realise and achieve a common goal. 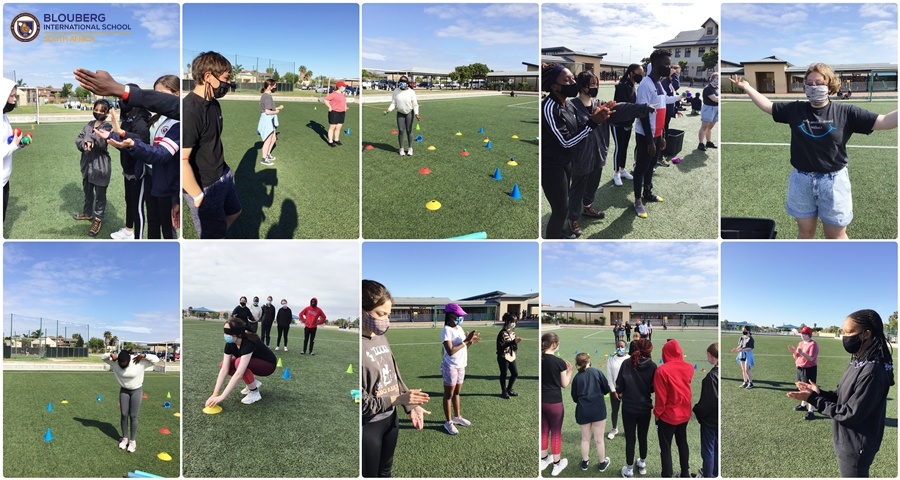 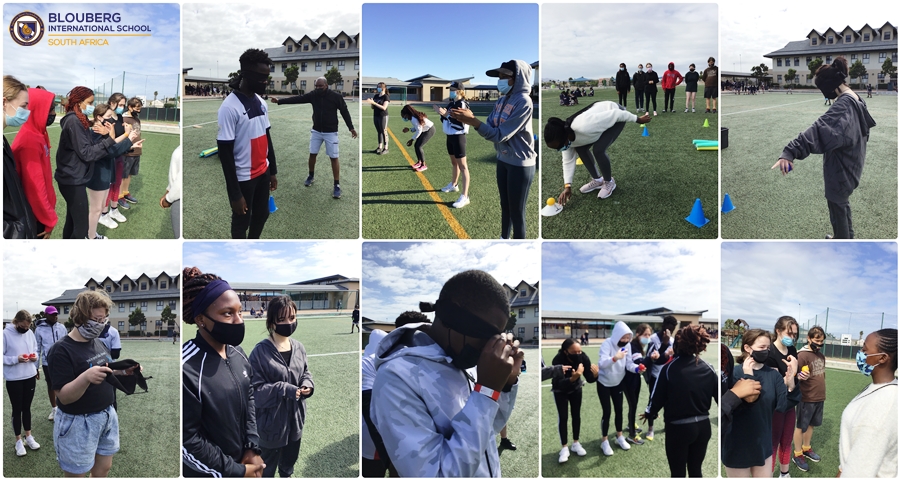 On Thursday and Friday last week, the Year 7 and 8 students participated in the Banango Traders Business Simulation Game run in affiliation with the Johannesburg School of Finance. This initiative is a great opportunity for students to improve and test their business knowledge by running a virtual business.

The event brought out our students’ competitive nature as they competed in teams against one another in order to generate the highest profit. Many congratulations to the teams in each year group that won and the Year 7s for making the most profit out of the two groups.

“The business stimulation taught us the importance of quick thinking and taking risks in business,” is just one of the examples of positive feedback that was received by the students.

The students undoubtedly left with a first-hand appreciation for entrepreneurs and a new, energetic enthusiasm for starting their own businesses. We definitely have a couple of budding entrepreneurs amongst this group! 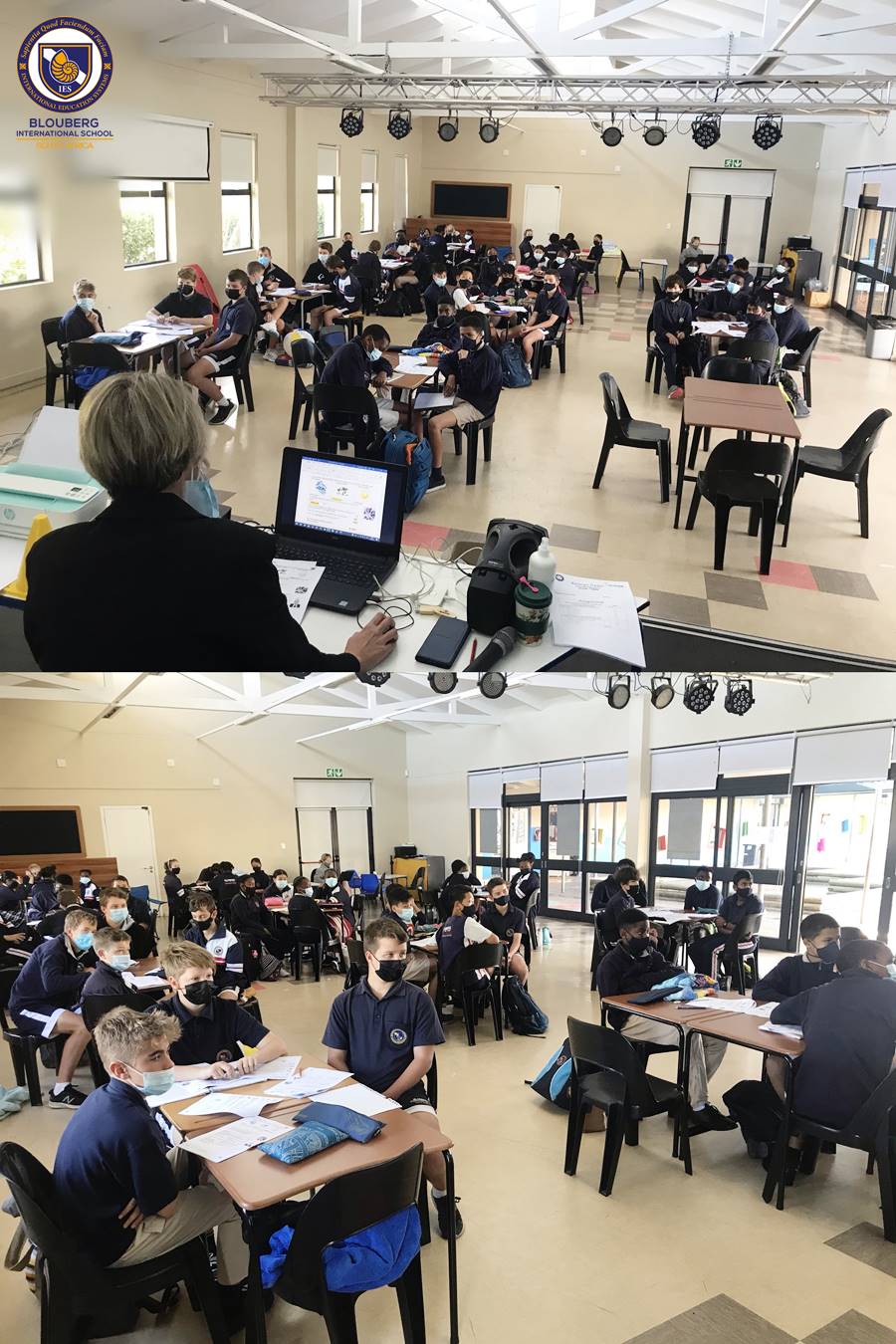 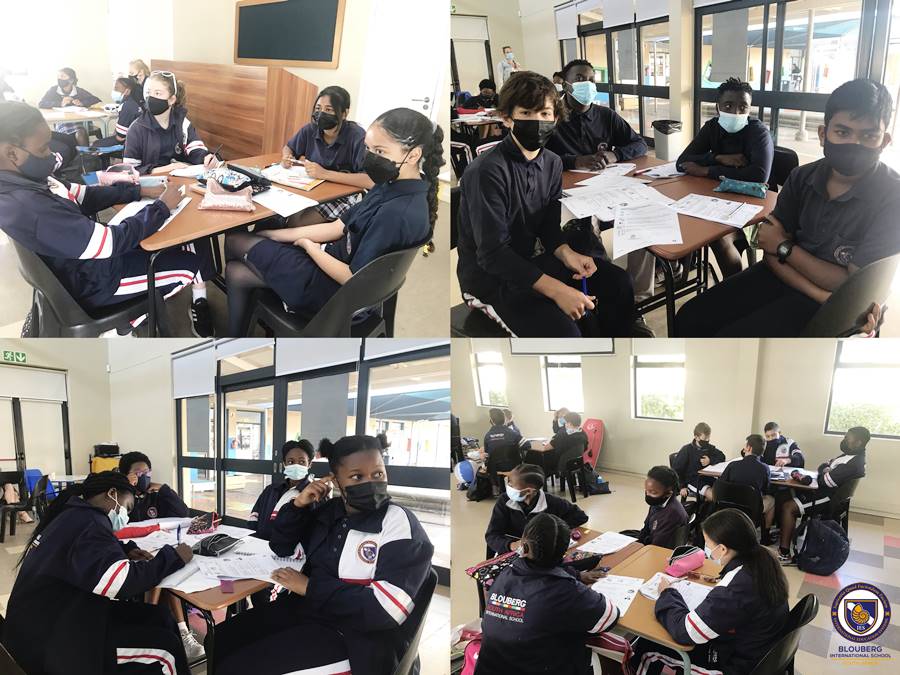 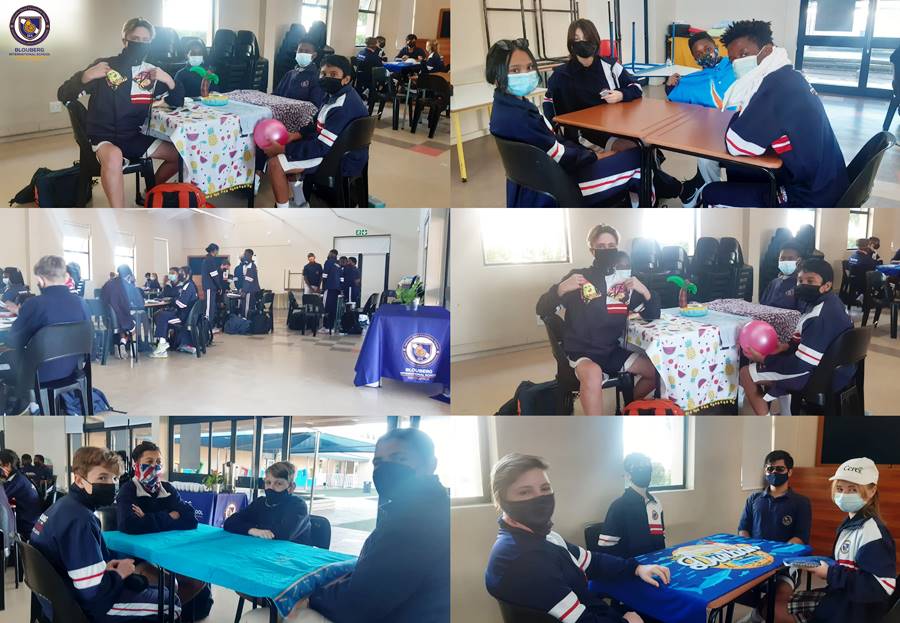 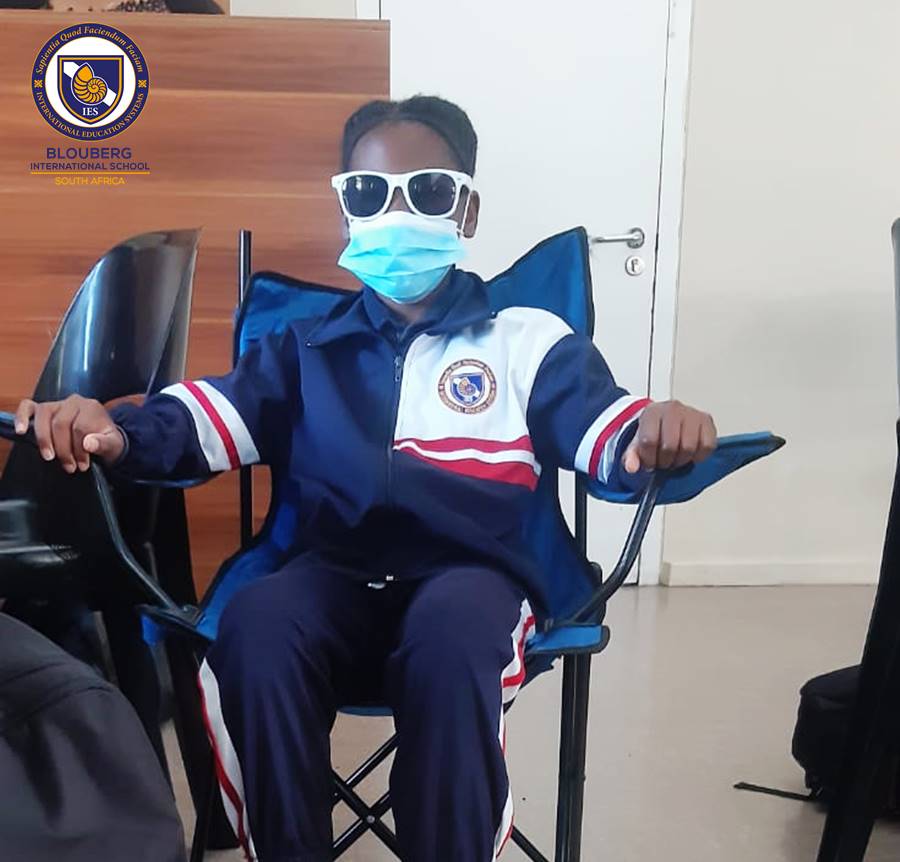 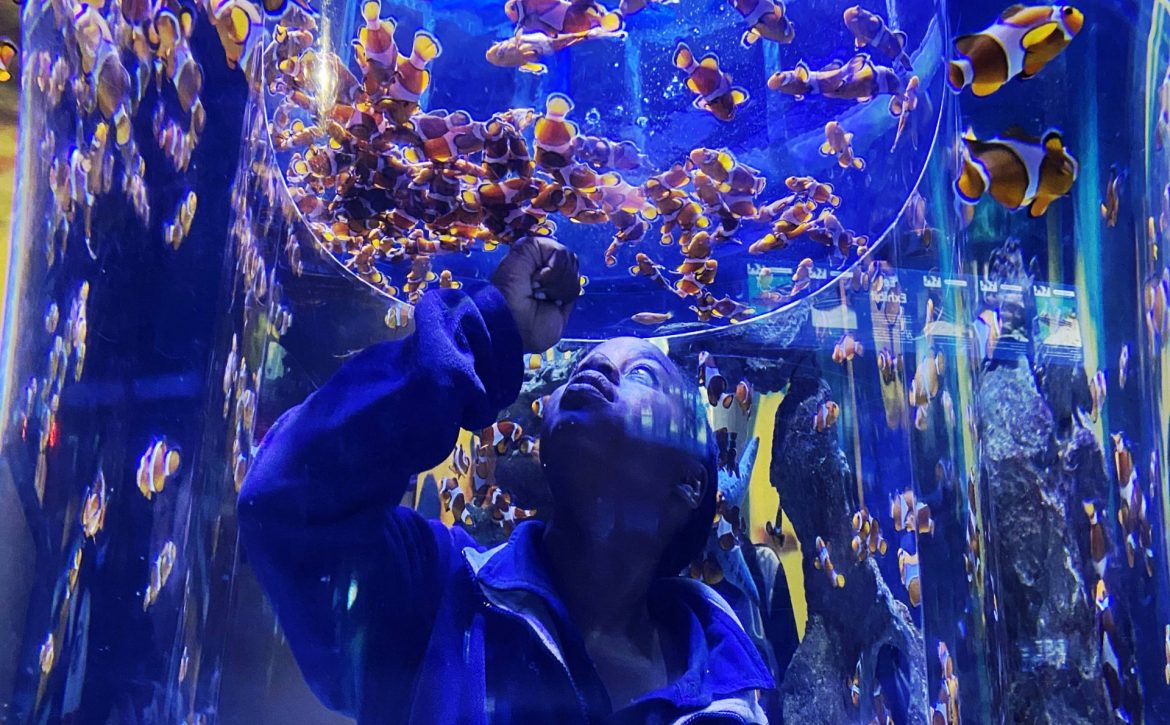 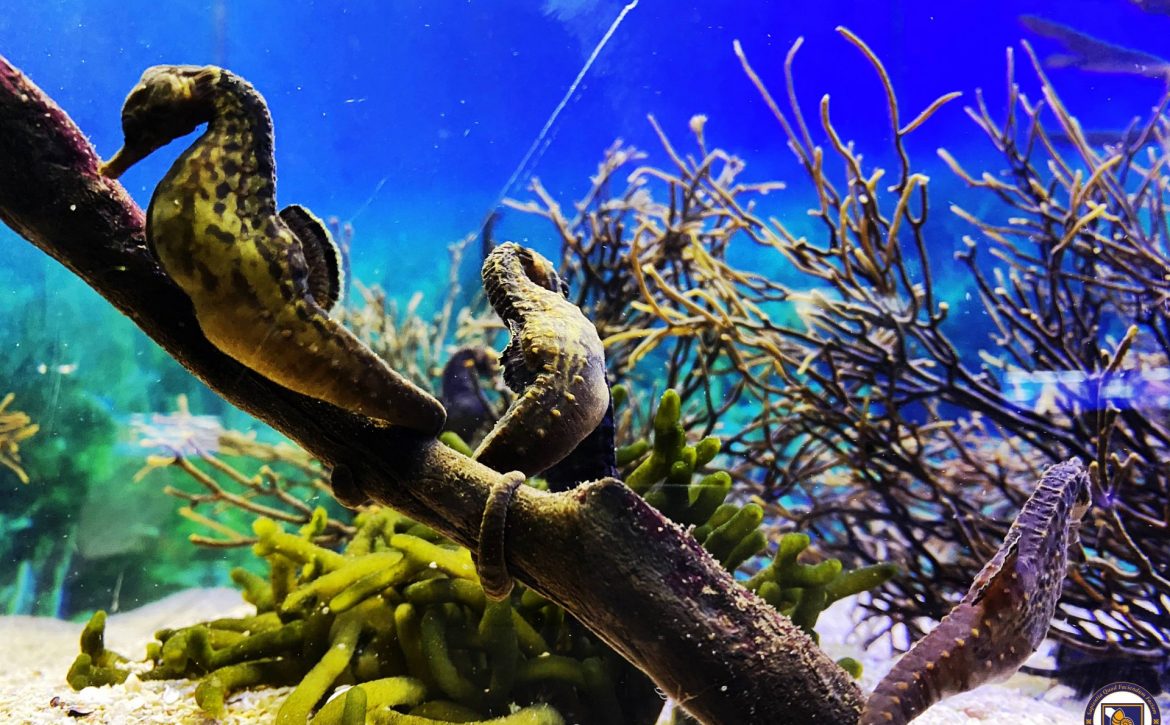 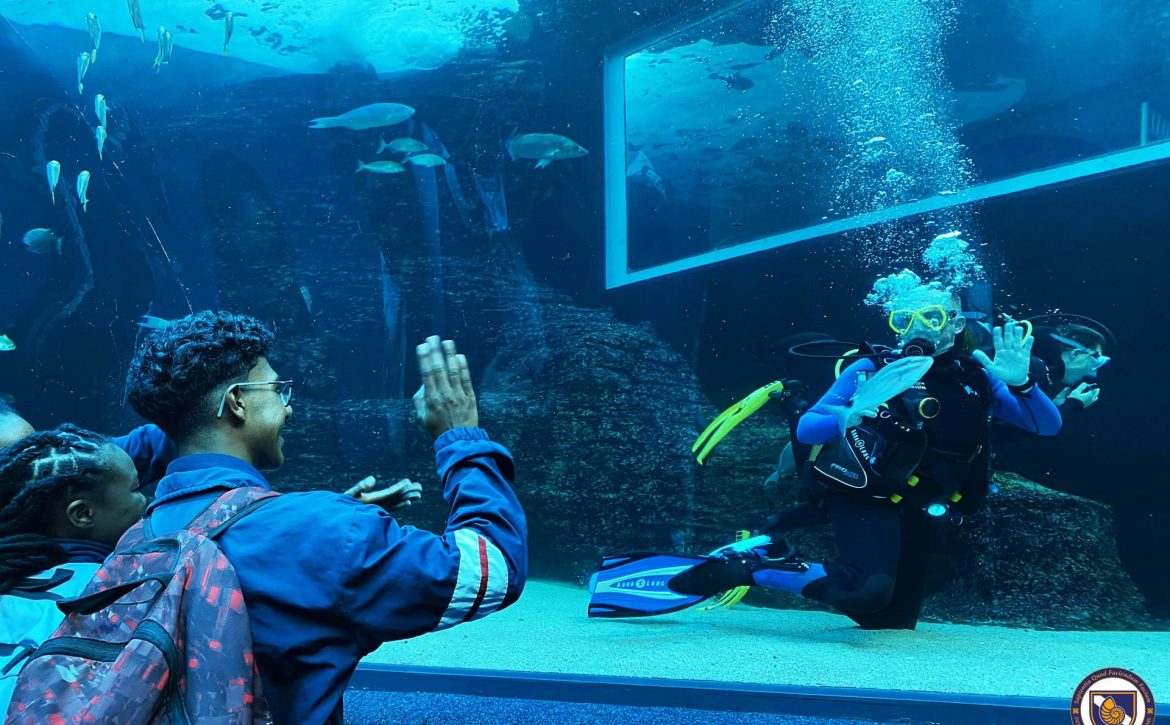 On Tuesday the 10th of March the year 9 to 12 Biology and Business students, together with the 9 and 10 Geography students, visited the Two Oceans Aquarium.

Among the most interesting things that were discovered was that fish have their own personalities, such as the fish that loves cuddles! About Yoshi the turtle who was released back into the wild 2 years ago after 20 years in captivity and has since traveled a record breaking 37 000km!

We learned how the marketing team at the aquarium aim to not only promote the aquarium to attract customers, but also how they use this platform to communicate about causes that are close to their heart. A few causes they mentioned were sustainable fishing, single use plastic and environmental sustainability.

Another interesting fact is that South Africa ranks as the 3rd most bio-diverse country in the world.

The Two Oceans Aquarium is truly a magical place with so many treasures to enjoy! 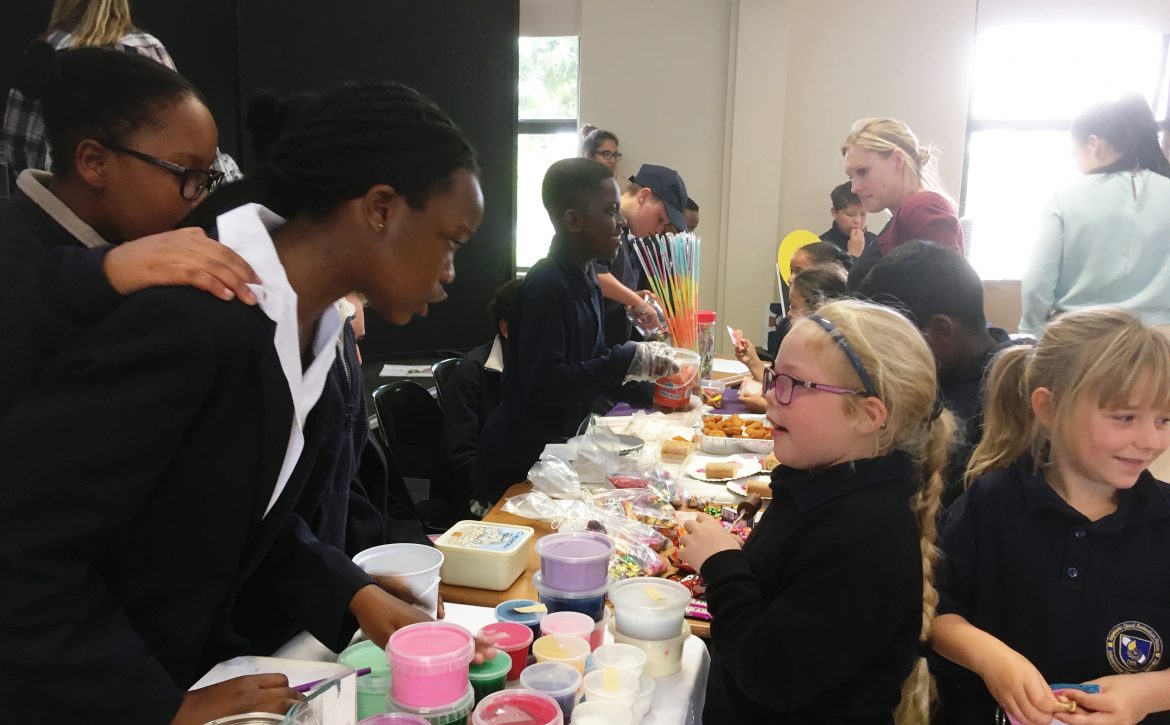 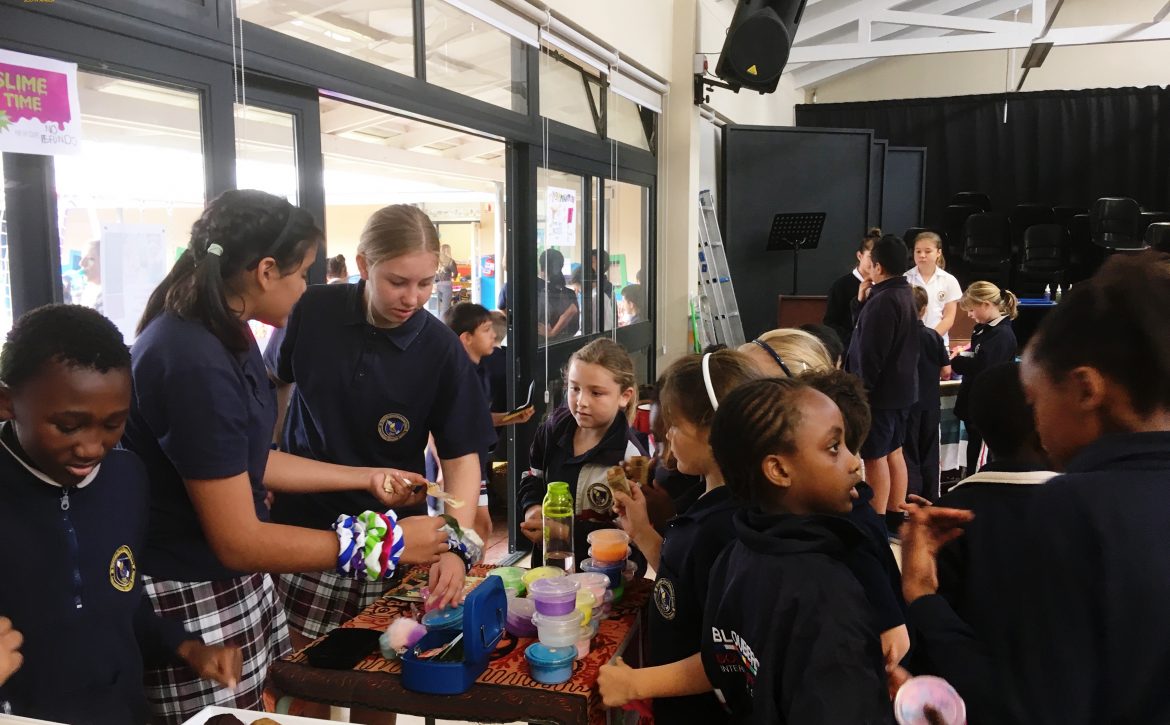 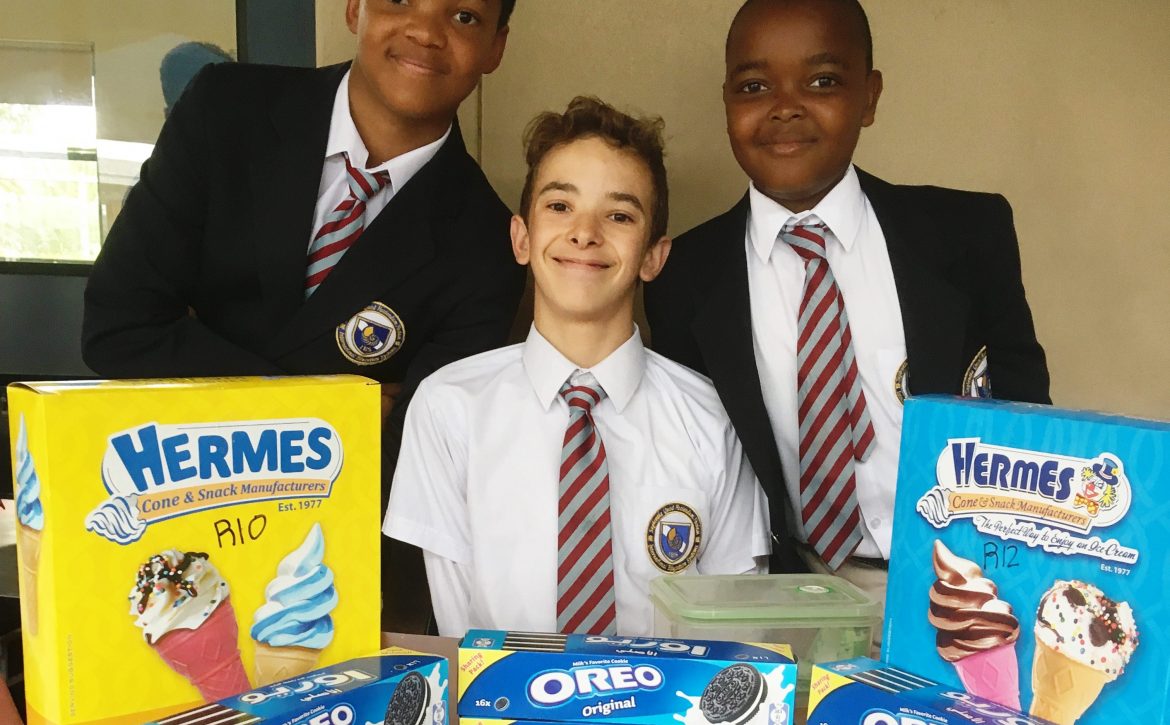 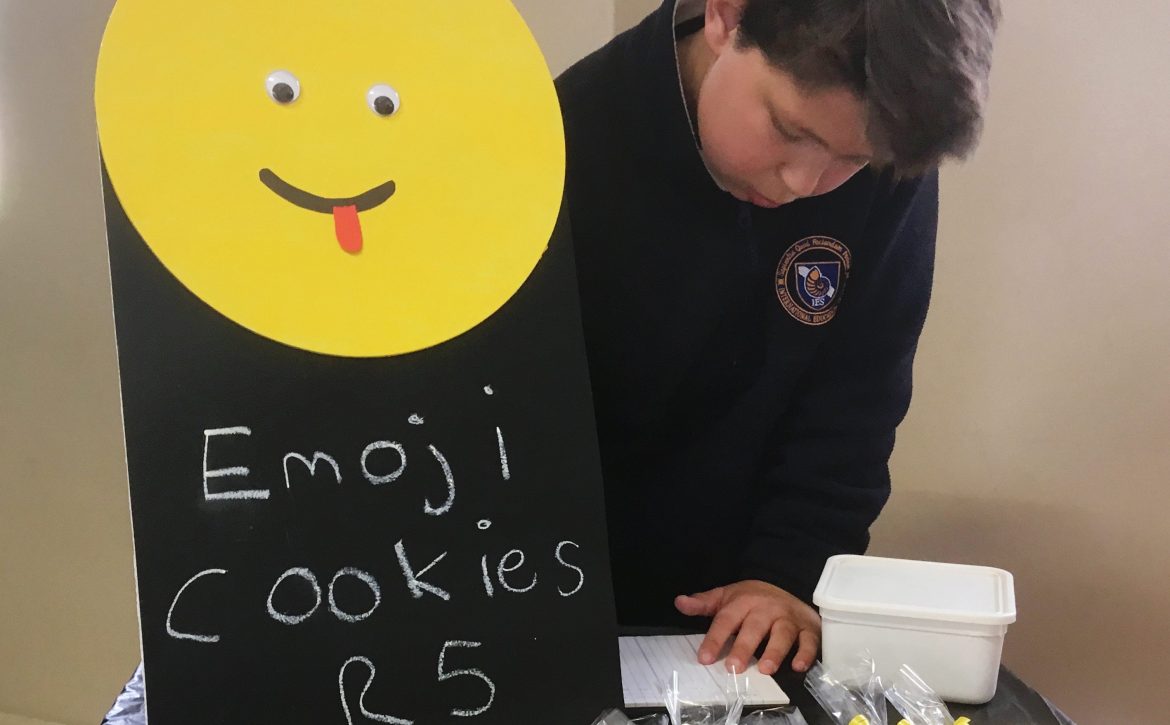 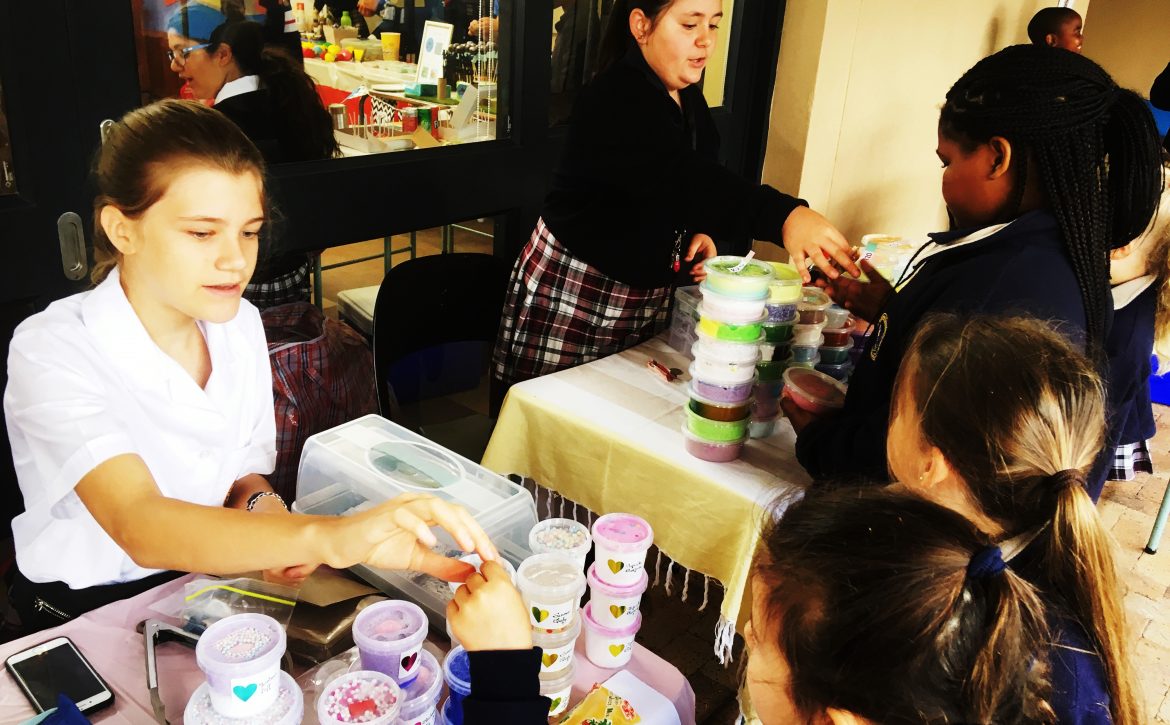 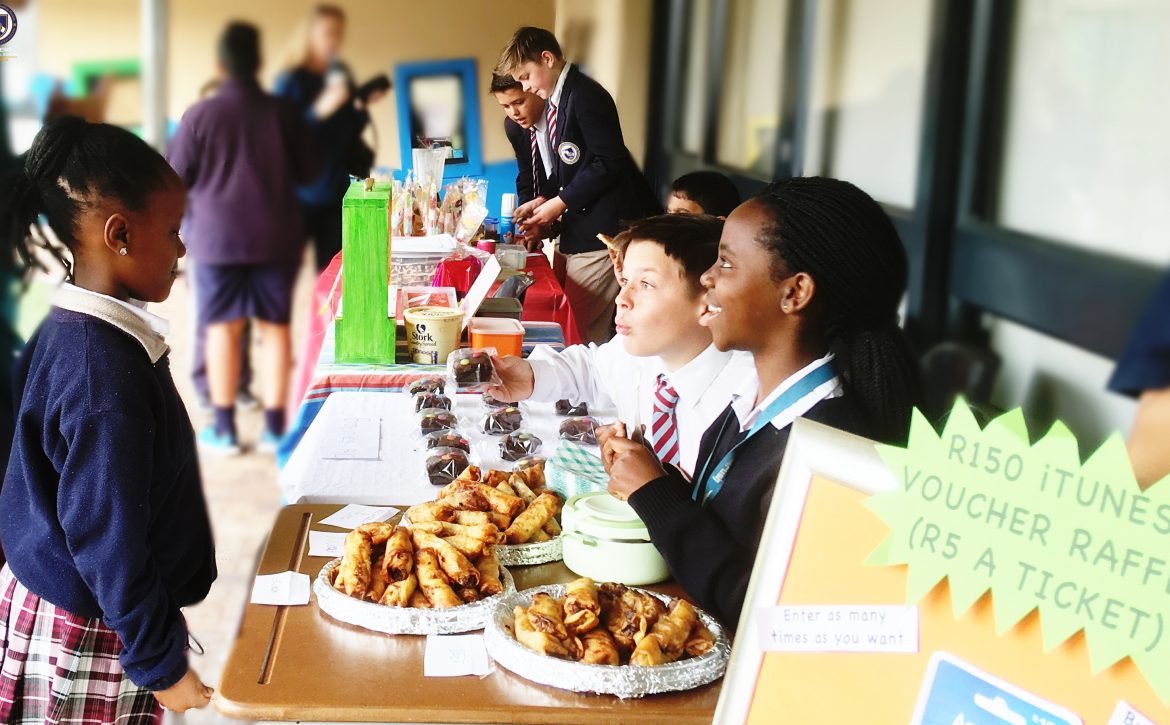 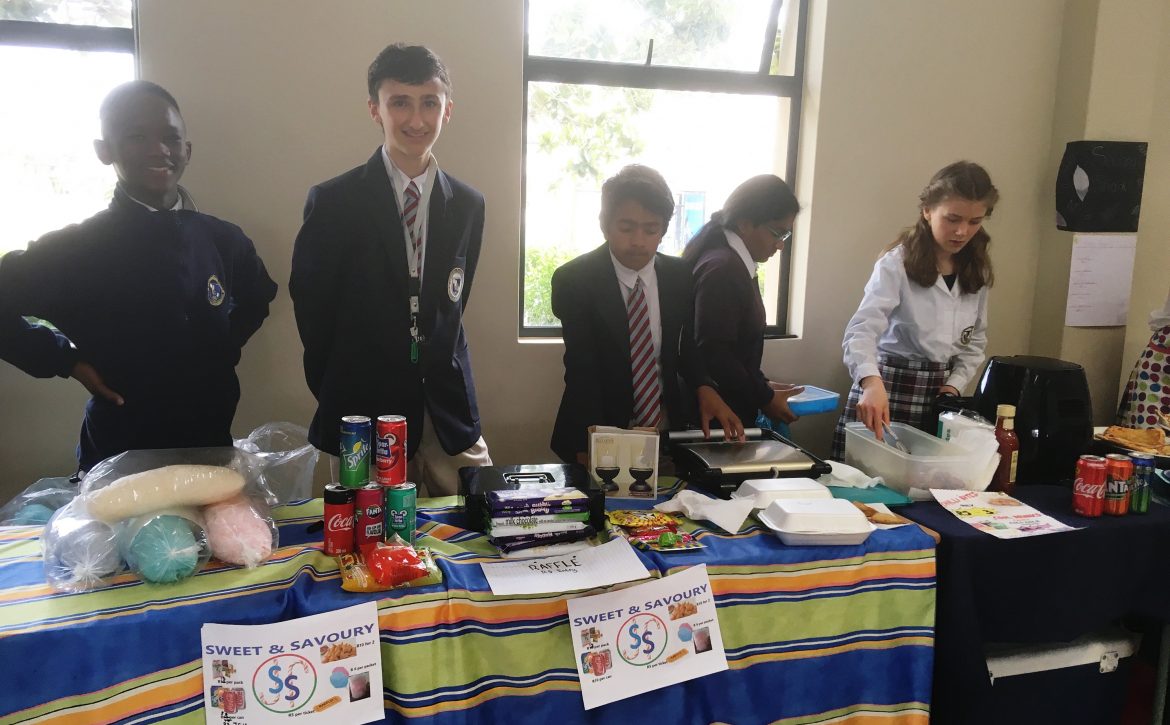 Blouberg International School’s up and coming entrepreneurs got to show off their skills at the annual Year 6 and 7 Market day last week.

The Market day was the culmination of the Year 7’s term work on how to set up and run a business. A variety of goods from sweet treats to beautiful bowls were sold with slime and hair scrunchies proving to be the most popular. In total the students earned more than R10 000 which goes to show that we really do have some potential Elon Musk and Oprah Winfrey’s among us.

I could not be more proud of the students, they worked hard, kept up the enthusiasm and most importantly came together as a group to help and support each other.

We look forward to having an even more successful Year 6 & 7 Entrepreneur Market day next year! 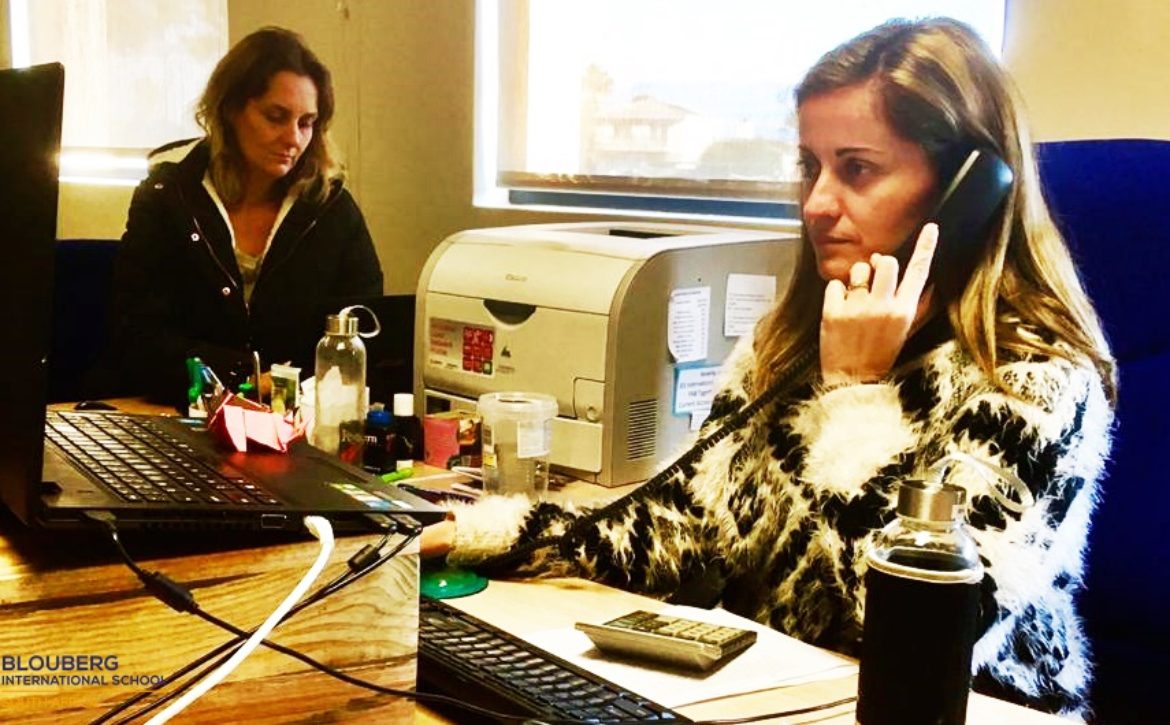 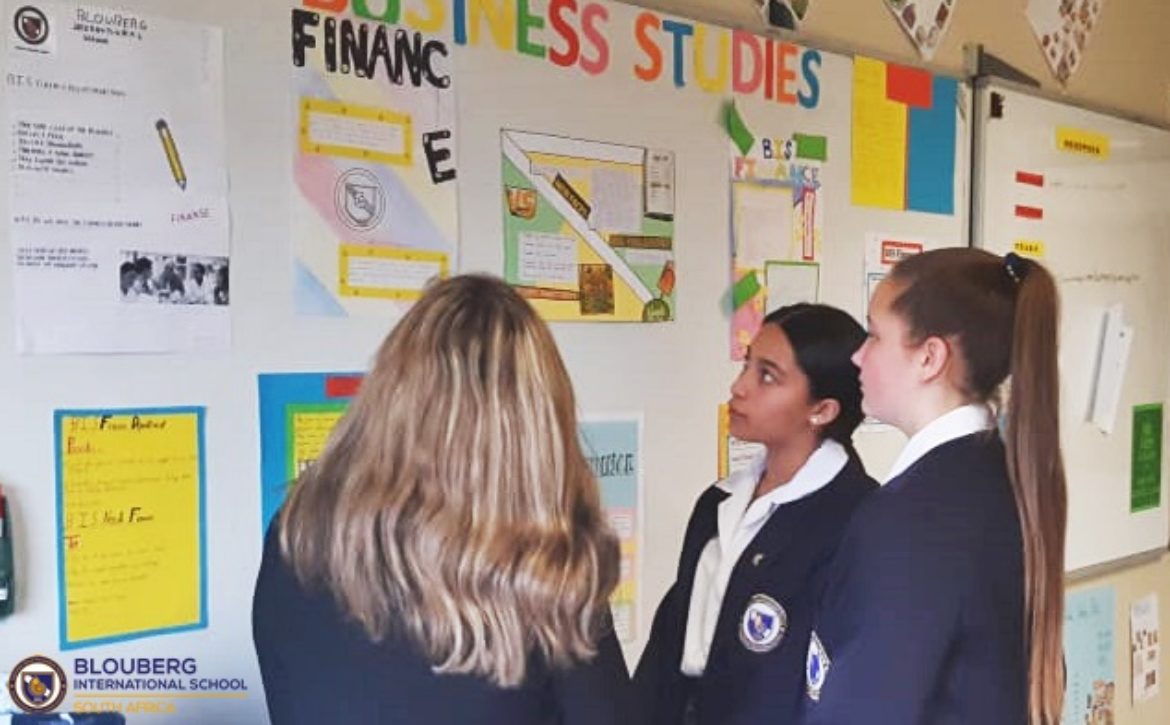 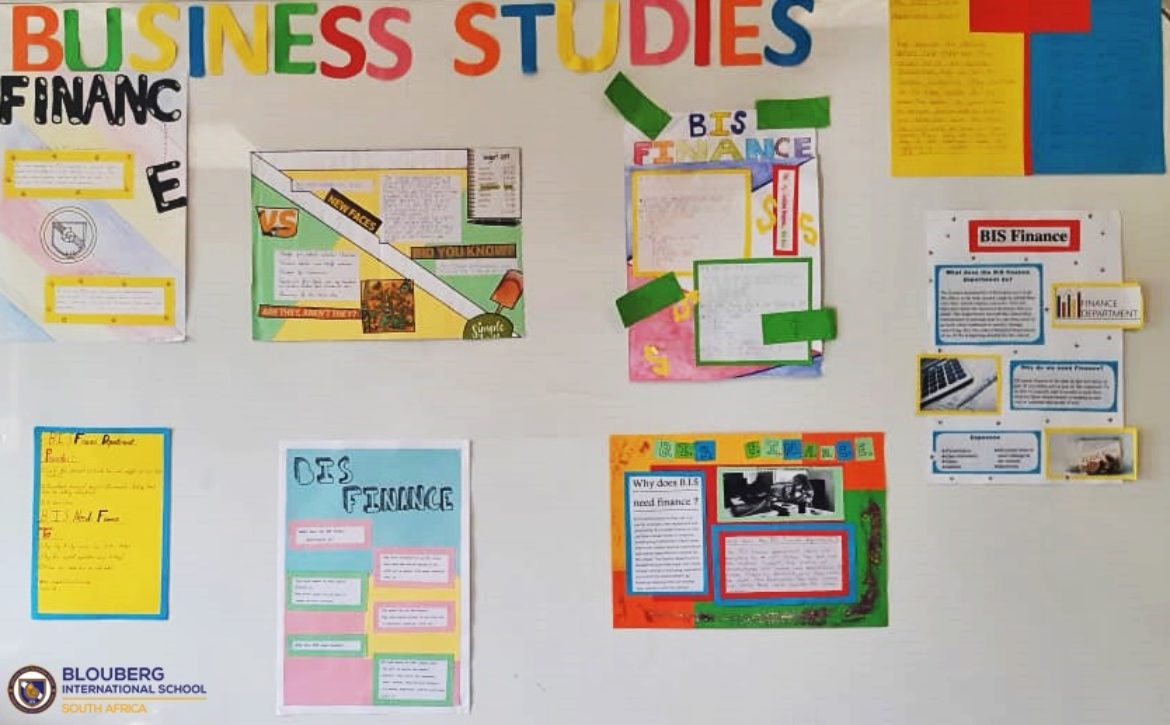 Students presented their thoughts in a poster that was judged by our finance department ladies, who were extremely impressed by the level of knowledge and application that our students had with regards to the work the Blouberg International School finance department does, commenting that some of our students would make good finance managers!

It was a fun and informative lesson with Mrs Rubio talking about her job in the finance department at BIS.

This website uses cookies to improve your experience while you navigate through the website. Out of these, the cookies that are categorized as necessary are stored on your browser as they are essential for the working of basic functionalities of the website. We also use third-party cookies that help us analyze and understand how you use this website. These cookies will be stored in your browser only with your consent. You also have the option to opt-out of these cookies. But opting out of some of these cookies may affect your browsing experience.
Necessary Always Enabled
Necessary cookies are absolutely essential for the website to function properly. This category only includes cookies that ensures basic functionalities and security features of the website. These cookies do not store any personal information.
SAVE & ACCEPT
MENUS