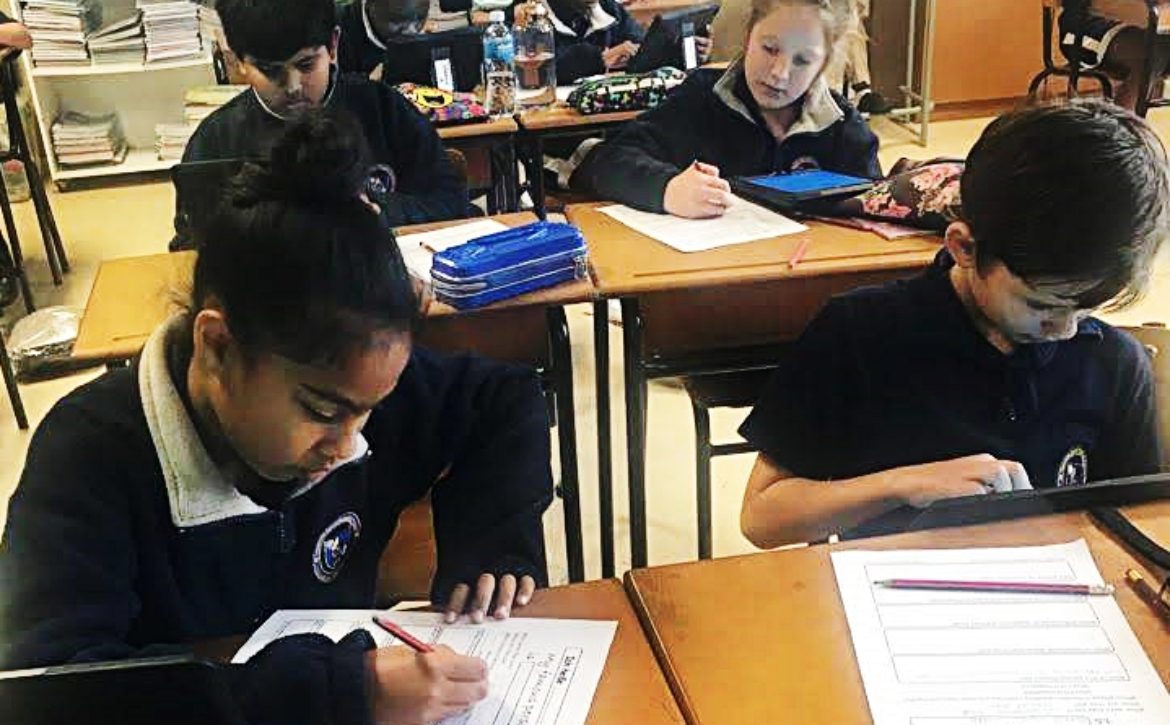 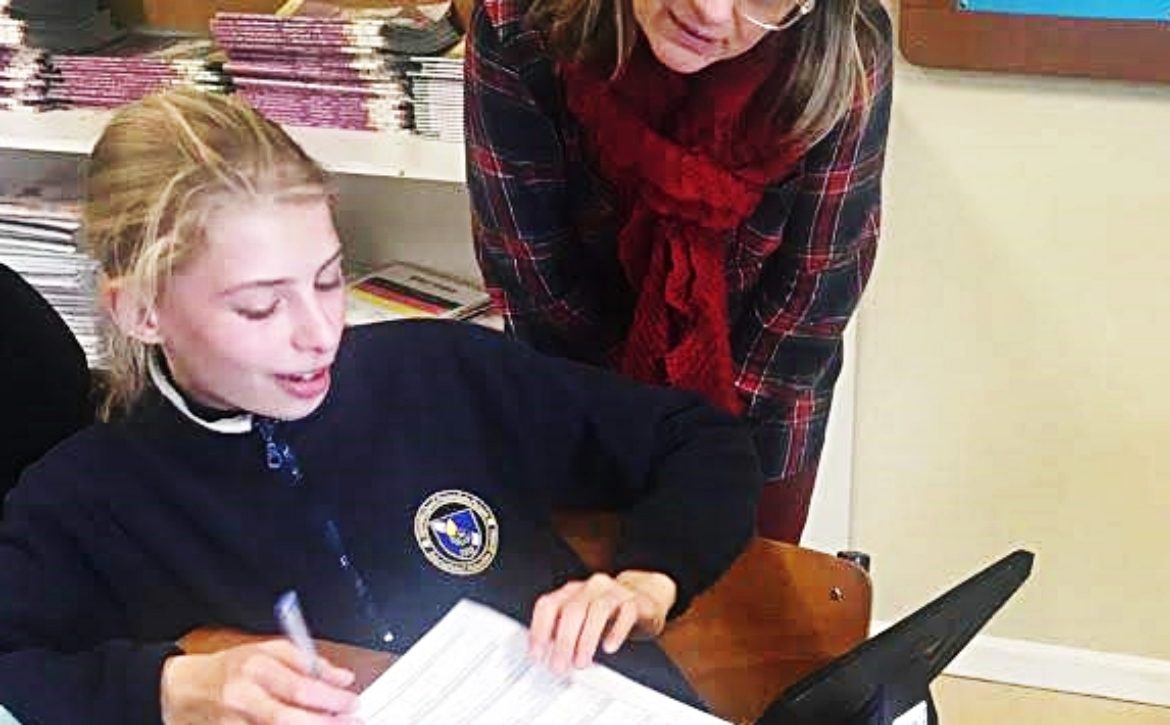 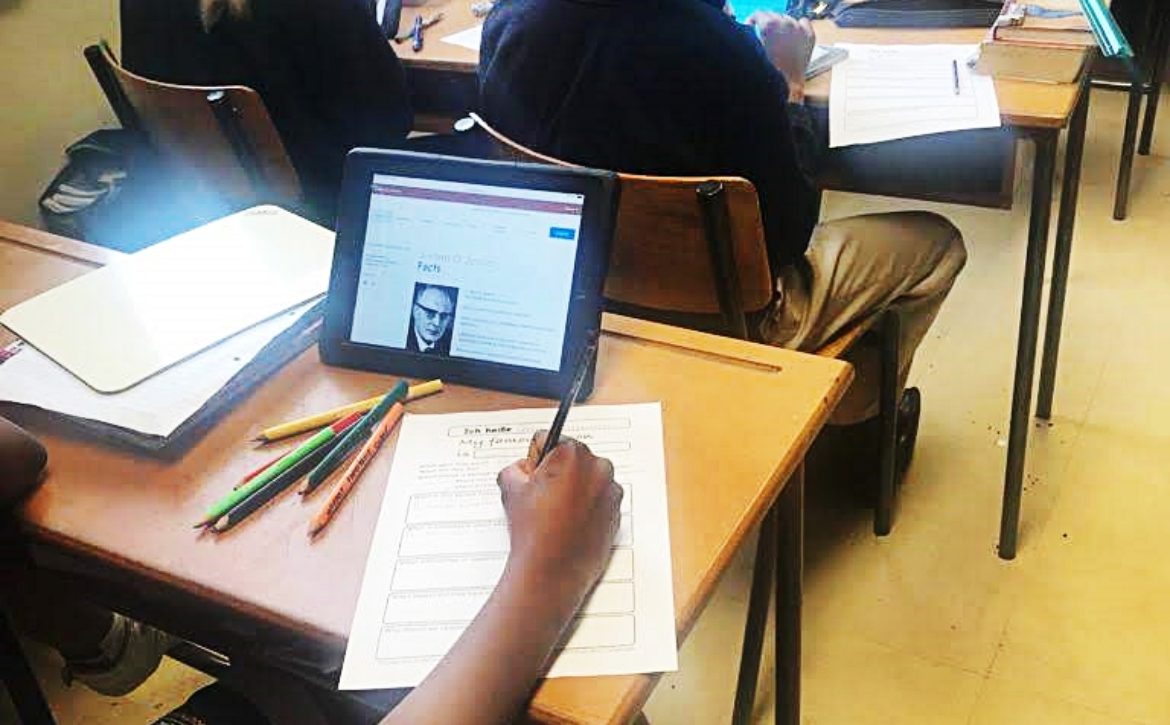 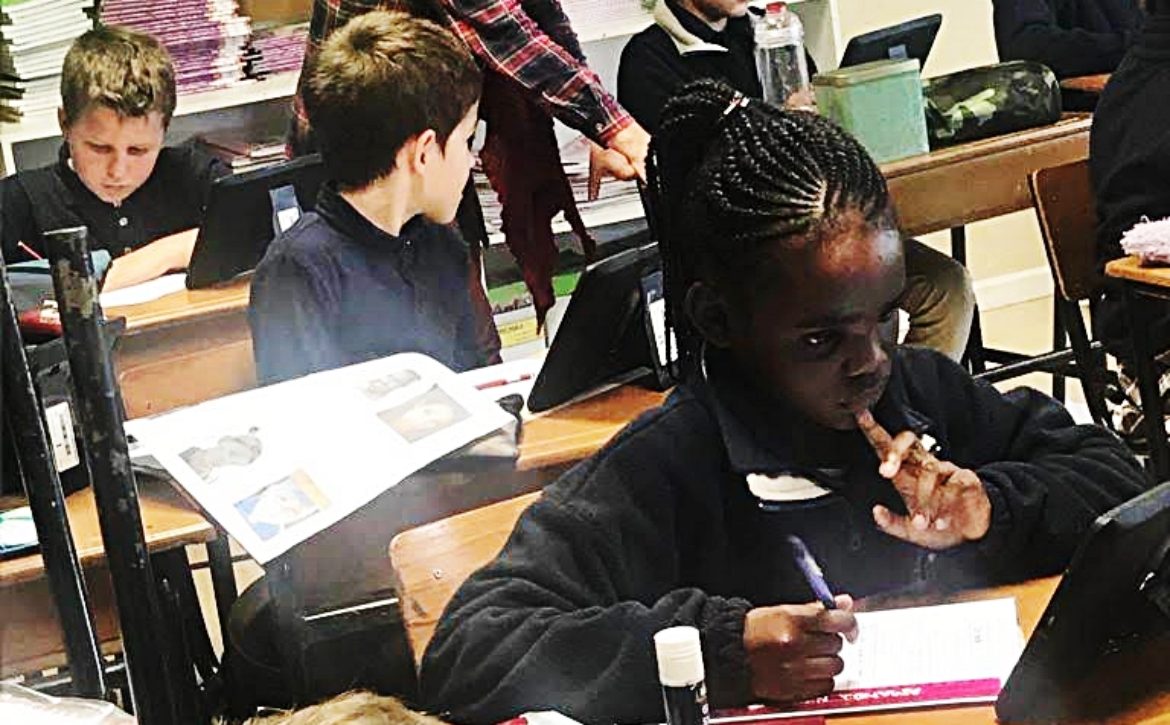 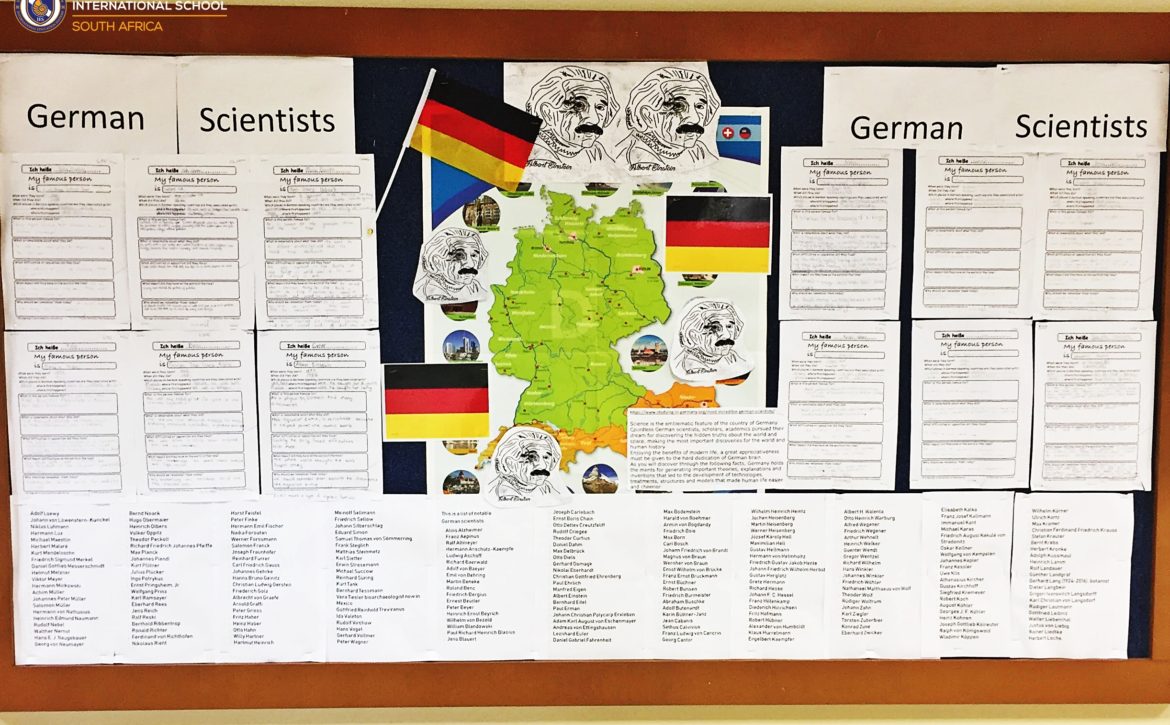 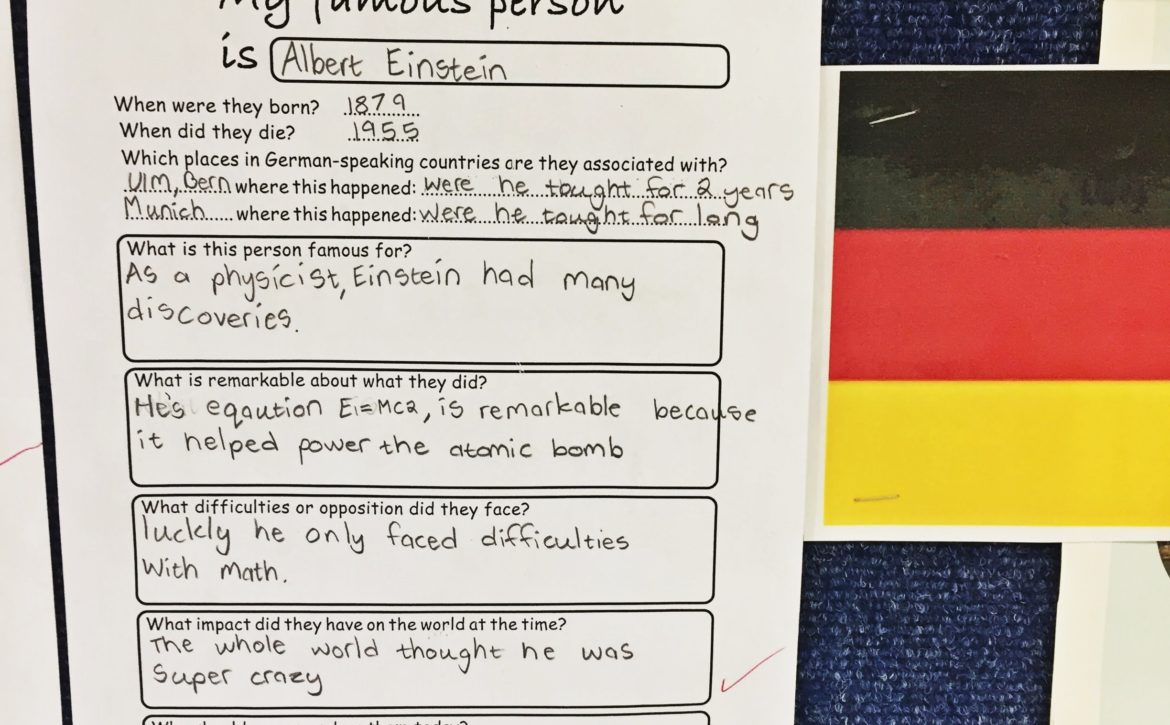 From The German Classroom – Science Week 2019

For Science week the Year 5 and Year 6 students were each given the task to research one German Scientist. With great excitement the students could use the Ipads for this in their classroom.

Many students were amazed that Albert Einstein was in fact German and that so many scientific theories and discoveries in the medical field e.g. Fahrenheit, Merkel cells, Alzheimer’s , Bunsen burners, the Bergius process and the Haber-Bosch process, were then named after these scientists; Daniel Gabriel Fahrenheit, Friedrich Sigmund Merkel, Alois Alzheimer, Robert Bunsen, Friedrich Karl Rudolf Bergius, Fritz Haber and Carl Bosch.

Most of these theories the students will learn about in the future when they enter High School and in Higher Education. Over 60 German Scientists and innovators were researched by the students and they each gave the student a new perspective on Science and Innovators from Germany.

A Taste For Science 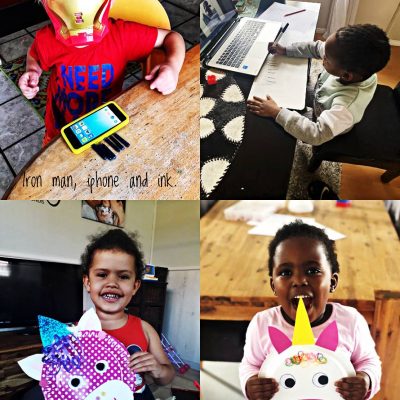